The Program: The University of Alabama Sidewalk and Parking Lot Astronomy Program is designed for occasional public viewing sessions at off-campus sites using our recently acquired 20-inch Obsession reflecting telescope. The 20-inch is an altitude-azimuth mounted Dobsonian reflector equipped with a computer control and accurate pointing capabilities. It has 56% more light-gathering power than the 16-inch telescope on the top floor of Gallalee Hall, but is fully portable and can be set up at any remote site. It is very likely the largest and most powerful telescope in Tuscaloosa, and also one of the most effective portable telescopes available today. The telescope was donated to the University in December 2005 by Dr. Randy Little of Florence, Alabama.

The program is hosted by Dr. Ron Buta, Professor of Astronomy in the University's Department of Physics and Astronomy. Dr. Buta has been in the department since 1989. He teaches introductory and graduate level astronomy, and specializes in the study of galaxies.

What can be seen with a 20-inch telescope?: A telescope this large provides spectacular views of planets and deep-sky objects such as star clusters, nebulae, and galaxies. 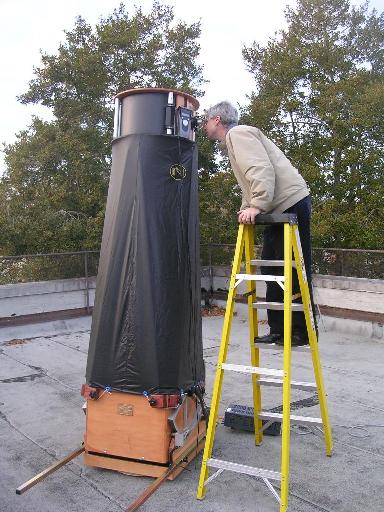 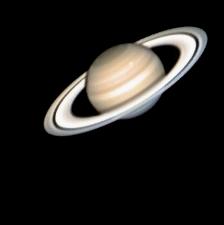 The 20-inch can reveal both the rings of Saturn and the Cassini Division (dark band) in the rings. Also, at least four moons can be seen with the telescope, including Titan, the largest moon in the solar system. 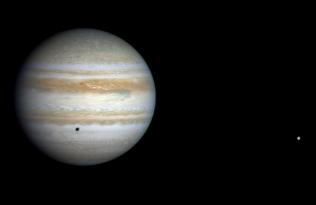 The 20-inch can reveal cloud features (dark belts) in the atmosphere of Jupiter as well as the four bright Galilean moons Io, Europa, Ganymede, and Callisto. One of these moons is seen in this picture casting a shadow on the cloud tops.